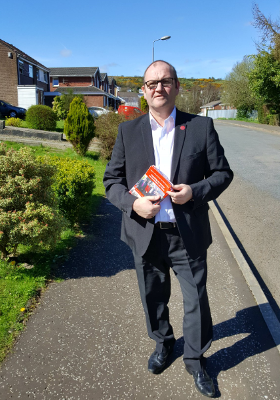 Tributes have been paid to former East Renfrewshire Councillor Kenny Hay, who passed away suddenly on Tuesday (2 February).

Mr Hay served as a Labour councillor for Barrhead, Liboside and Uplawmoor from 2012 to 2017.

During this period he also held the role of Chair of the Planning Applications Committee and Chair of the Local Review Body.

Provost Jim Fletcher, who was Council Leader during Mr Hay's time as a councillor, expressed his sadness at the loss of his former Labour colleague at the age of just 58.

Provost Fletcher said: 'My condolences go to Kenny's family and friends at this extremely difficult time. Kenny was a dedicated councillor during his period serving the Barrhead, Liboside and Uplawmoor ward. He is also well known throughout Barrhead due to his involvement with Arthurlie Football Club and his loss will be felt by many across the town. It is so sad to lose him so suddenly and at the age of just 58.'

Council Leader Tony Buchanan added: 'Kenny worked hard for his constituents during his time as a councillor and will be sadly missed by those who knew him best. My thoughts and prayers are with his family and friends. Although our political values often differed, Kenny was a respected councillor and always stood up for what he believed to be right and in the best interests of the people he represented.'

In this section
Is this page useful?
Yes No
Is there anything wrong with this page?